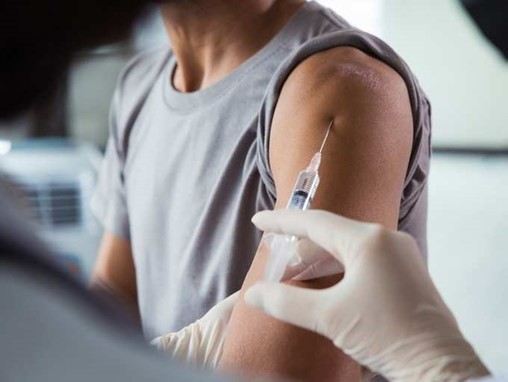 01/7List of all COVID-19 vaccines being made and manufactured in India Covishield and Covaxin are the primary vaccines being administered in India. If reports are to go by, by the end of 2021, India might have access to 6 COVID-19 vaccines, all in the pipeline and being locally developed. Not only is India a hub of vaccine and medical manufacturing, but a lot of the COVID-19 vaccines being worked on domestically are also based on novel technologies. While India has been badly hit by the second wave of the pandemic, accelerating the development of domestically produced vaccines will not just speed up the availability of vaccines in India, but also save costs. Here's a check on all Indian, homegrown vaccines being worked on in India. Biological E has been recently in the news after government officials announced the purchase of close to 30 crore doses of the company's locally produced COVID-19 vaccine, Corvabex. Touted to be one of the cheapest and economical vaccines in the world (to cost around Rs. 50 a shot), the vaccine has been indigenously produced and is in fact, one of the first of its kind. Corbevex uses a 'recombinant protein sub-unit', i.e. contains a part of the spike protein of the coronavirus, which when injected does not spread illness but prompts the body to prevent future infections. The easy availability of ingredients also makes it cheaper to produce than mRNA and other inactive vaccines being currently used. Early reports suggest that Biological E will also oversee the development of India's first mRNA-based vaccine, which is under development by Canada-based Providence Therapeutics Holdings. It has also been reported that Biological E is working to bring Johnson and Johnson's one-dose COVID vaccine variant, Jannsen vaccine to India. Ahmedabad-based domestic drug manufacturer Zydus Cadila is also involved in bringing out a COVID-19 vaccine in 2021. While the development on the same was greenlighted last year and clinical testing is underway, ZyCov-D, which has been made in development with support from Centre’s National Biopharma Mission may also be the second homegrown vaccine to be made available for kids, since the company, along with Bharat Biotech is currently testing its novel vaccine make on kids aged 12-18. The medicine maker is expected to seek license in the coming weeks and ramp up production if all necessary nods are met. 05/7Sputnik V (manufactured by Dr Reddy's Laboratories) Hyderabad-based pharma major, Dr Reddy's has received emergency use authorization for the marketing and production of the Russian COVID-19 vaccine, Sputnik V in India in the month of April. While the company has already progressed with a soft launch after the initial shipment of doses from Russia came through, it is expected that production of the same would be scaled up in the coming weeks. The vaccine uses inactivated SARS-CoV-2 virus, which cannot replicate in human cells, to stimulate an immune response. Interim results have shown that the vaccine is extremely effective, and carries an efficacy rate of over 90%. Dr Reddy's is also reported to seek authorisation on the sale and production of Sputnik Light, which is a novel one-dose variant of the same vaccine. The company has also inked deals with DRDO to manufacture and supply doses of the innovative COVID medicine launched recently, the 2DG drug. Hetero Biopharma will also be a major producer working to supply millions of doses of the Sputnik V vaccine in the coming months. 06/7Indian Immunologicals Limited's COVID vaccine Another prime vaccine maker based out of India, Indian Immunologicals Limited (IIL) is overseeing the development of a vaccine in partnership with Griffith University, Australia. The vaccine model, though still in its nascent stage, makes use of an innovative codon-deoptimization technology that directly targets the cells infected by SARS-COV-2. Pre-clinical trials and studies are still going on for the same. Bangalore-based medical pharmaceutical startup, Mynvax made news months back when it announced work on a COVID vaccine that uses a very different approach involving a protein-based vaccine. The same has been done in collaboration with the Indian Institute of Science (Bengaluru). While scientists are still conducting preclinical trials, the company has applied for a Rs 15 crore grant for further research from the Biotechnology Industry Research Assistance Council (BIRAC).