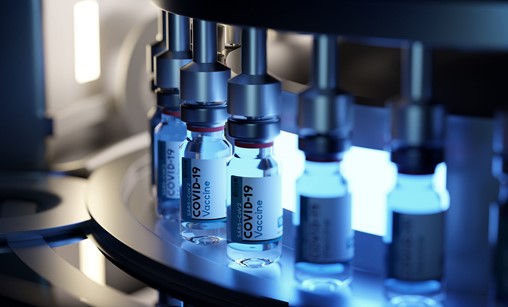 GSK will manufacture up to 60 million doses of Novavax’ COVID-19 vaccine candidate, NVX-CoV2373 for distribution in the UK. GlaxoSmithKline (GSK) will provide fill-finish services for Novavax’ COVID-19 vaccine at its Barnard Castle facility in Durham, UK. A rapid tech-transfer between the two firms will begin immediately, with manufacturing expected to begin as early as May 2021. GSK will prepare vials of the final vaccine in the last stage of manufacturing and package them for distribution and use, with both companies set to reach a final agreement, which will include additional terms and conditions. The Novavax jab has not yet received approval from the UK’s Medicines and Healthcare products Regulatory Agency (MHRA) and is currently in two Phase III studies to assess vaccine efficacy, immunogenicity, and safety. “GSK is working closely with Novavax now to implement the necessary tech transfer,” a spokesperson from GSK told BioProcess Insider. “I don’t have specifics at this point on what if any additional equipment may be required, but the GSK site at Barnard Castle is a highly specialised facility in terms of fill and finish capability and is well equipped to undertake this process.” According to the GSK spokesperson, the drug substance ofthe vaccine is being produced at a site also in a nearby facility, so the “supply chain [is] relatively simple for the doses that GSK will produce.” CDMO Fujifilm Diosynth Biotechnologies is producing the antigen component for Novavax’ COVID-19 vaccine at its facility in Billingham, Teesside, about 30 miles east of the Barnard Castle site. (Fujifilm has also been contracted to produce Phase III trial material for NVX-CoV2373 at its facility in Morrisville, North Carolina.) According to GSK, it will not need to hire more staff to serve the contract and the “capacity will be produced using existing expertise and resources.” Similarly, the chosen site “has the specification, resource and capability required to undertake this specific activity in partnership with Novavax.” “This partnership with GSK continues the expansion of our global supply network, which we expect to increase overall production capacity and, if approved by regulatory agencies, support access to a potentially important new vaccine against COVID-19,” said Rick Crowley, executive vice president and chief operations officer, Novavax. In February, GSK announced its Zinnat buildings in Barnard Castle and its site in Ulverston, Cumbria, are to close by 2025. Contract development manufacturing (CDMO) Lakes BioScience is set to build a $490 million monoclonal antibody plant at the Ulverston site.