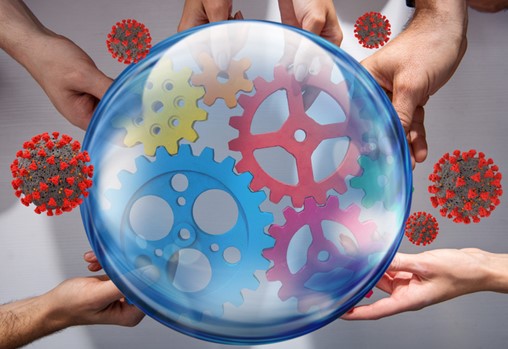 CureVac has hired Bayer to help develop mRNA-based medicines including the COVID-19 vaccine candidate, CVnCoV. Under the deal – financial terms of which were not disclosed – Bayer will provide development support, manufacturing, guidance on clinical operations, regulatory affairs, pharmacovigilance, medical information and supply chain performance. A CureVac spokesman told Bioprocess Insider “The present agreement does not include manufacturing on Bayer´s side. However, Bayer is currently evaluating all options to support manufacturing of CureVac’s COVID-19 vaccine.” The agreement specifies that CureVac will hold the marketing authorization for the vaccine in the European Union (EU), while Bayer has the option to become authorization holder for markets outside the bloc. Vaccine network Bayer joins several other firms in CureVac’s CVnCoV network. In November the firm hired Wacker Chemie. Under that deal Wacker will provide GMP production of the mRNA drug substance for CVnCoV at its biotech site in Amsterdam in the first half of 2021. And last month, CureVac asked Fareva to provide fill and finish capabilities for the product at facilities in Val-de-Reuil and Pau in France. Vaccine CVnCoV is an optimized, non-chemically modified mRNA, encoding the pre-fusion stabilized full-length spike protein of the SARS-CoV-2 virus. Development of the vaccine is support by the European Commission, which awarded CureVac an €80 million ($98 million) grate in March. In December, Curevac announced that CVnCoV had entered a global Phase IIb/III. 3D printer In related news, in July CureVac announced it was developing a new type of bioreactor – described as a Bioreactor for RNA in vitro Transcription – with Grohman Automation, which is a subsidiary of US carmaker Tesla. According to the firms the aim is to minimize handling steps and make manufacturing processes for mRNA based production more robust. The CureVac spokesman told us “the RNA Printer or mini factories – a joint project with Tesla Grohman – will not be used for the current manufacturing of our vaccines.”